There’s nothing like having an entire week with nothing to worry about but which restaurant to eat at or pool to dip your toes in – especially when it’s already paid for.

While a weekend break is always appealing, a week at an all-inclusive resort is more affordable than ever, with package down 13% on last summer

The company looked at three months of searches for seven-night holidays departing between May 1 and September 30 in order to find the best ones.

Scroll down to see the 10 cheapest countries for a seven-day all-inclusive holiday, ranked by average price in ascending order. We’ve also included an example trip on offer, showing that prices go much lower.

The country with its coast on the Adriatic Sea, is the fastest-growing destination this summer, Searches for seven-night holidays in the Dubrovnik area are up 405% year on year, while prices have dropped 5% on average.

Prices of package holidays to Cyprus, an island in the eastern Mediterranean, have dropped by an average of 12% since last year.

If you’re headed to Portugal, you’ll find the best all-inclusive value in the Algarve – where you can get deals starting. Or if you’re feeling more adventurous, you can head to Alvor, known to be one of the best places in Europe for skydiving.

If you’re a fan of hot, dry heat, you can go four-star to Hurghada, Egypt, on the Red Sea, staying at the King Tut Resort Hurghada

Malia on the island of Crete boasts the cheapest holiday in Greece, followed closely by Corfu. In general, package holidays to Crete have dropped in price by an average 13% compared to last year.

Spain may be an obvious choice, but its prices – and stunning beaches with crystal-blue water – still make it worth a visit. Lloret de Mar on the Costa Brava boasts the cheapest resorts, closely followed by: Salou, Costa Dorad; Magaluf, Majorca; Torremolino, Costa Del Sol; and Cala D’Or, Majorca.

Home to fortresses and temples, Malta – an island in the central Mediterranean – offers an alternative to your typical tropical all-inclusive.

The best prices for an all-inclusive holiday in Morroco can be found in Agadir, a city along Morocco’s southern Atlantic coast famed for its beaches and golf courses, where the average cost has dropped 13% since last year.

The second cheapest country for an all-inclusive summer holiday in 2018, Turkey also boasts some high-end resorts.

Alanya and Antalya are your best bets for good deals, as well as Bodrum, Marmaris, and Oludeniz.

Bulgaria is the cheapest country for an all-inclusive holiday in summer 2018.

Situated on the Black Sea coast, Sunny Beach boasts sandy dunes – and is the seventh-cheapest resort for a seven-night all-inclusive holiday from the UK. You can stay in the four-star Hotel Diamond. 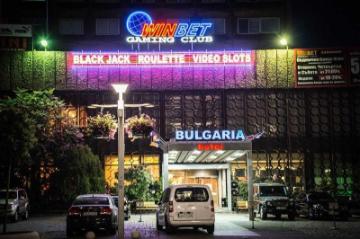 “we had a wonderful stay. the staff is friendly, and the great food was plenty.”

2 thoughts on “The 10 Cheapest Destinations For Holiday”